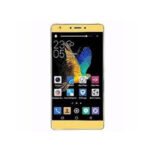 TECNO Boom J8 has 2GB RAM and 16 GB ROM which is plenty of space for you to run your favourite applications and to save all your data on your smartphone.

The TECNO Boom J8 is better-equipped than its predecessor for shot-taking. The main camera has been bumped to 13 megapixels and it features LED flash and autofocus. The selfie snapper has also received an upgrade to 5 megapixels.

With a quad-core MediaTek MT6753 processor under the hood, the TECNO Boom J8 delivers enjoyable performance for a low mid-range smartphone.The 64-bit CPU is clocked at 1.3 GHz. It is paired a Mali-T720 graphics solution and RAM of 2GB capacity.

Number one TECNO product seller. TECNO are available at the best market prices in Kenya from Patabay Kenya. A well-known dealer for TECNO products and other top brands in Kenya. We have partnered with other Distributors to bring you genuine and quality Items at the lowest market rates you can find anywhere in Kenya. Call or Shop online from your trusted TECNO Shop and have them delivered to you at your doorstep within 24 hours, and its Pay on Delivery. All our products have manufacturer warranty

There are no reviews yet.

Categories
Need help? Talk to us