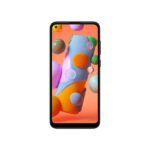 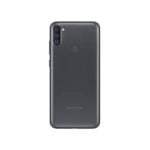 Samsung Galaxy A11 Price in Kenya

Samsung Galaxy A11 comes with a 6.40-inch touchscreen display, 32GB of internal storage with either 2 or 3 GB RAM and a 4000mAh battery. The smartphone runs Android 10.0 and it has an Octa-core 1.8 GHz CPU. Phone connectivity on the Samsung Galaxy A11 includes 4G network technology, Wi-Fi and GPS. Samsung Galaxy A11 price in Kenya is about 15k but you get for less ta patabay

Design and build and Samsung Galaxy A11 price in Kenya

Samsung Galaxy A11 is a phone with a plastic build with a glass front panel. Its body is 161.4 x 76.3 x 8.0mm in dimension and about 177g in weight. On its back panel is a minimal design with few elements in place. These are the triple camera system on the top right corner and LED flash and Samsung branding at the bottom. As already mentioned Galaxy A11 is available in four color options – Black, White, Blue and Red. All four colors look amazing and you get to choose the one which you love. On the one side of it is the power button and volume rocker while the other has been left untouched.

Display features for Samsung Galaxy A11

It’s never too much to ask for the best features of a display on a budget and/or low-tier smartphone. And Samsung mobile is well aware of this. It is for this reason the South Korean phone maker gives Samsung Galaxy A11 an in-display notch at this price point. This feature also adds to the design language of this phone. But there is a trade-off here, sure there has to be. It is on the display type (TFT capacitive touchscreen) which A11 has. You did not expect an AMOLED panel did you? But when it comes to the display size you are getting a 6.4 inches, 100.5 cm2 panel which is quite something. It has a 720 x 1560 pixels resolution, 19.5:9 ratio and~268 ppi density. The design and the display of this phone are its first two major highlights. The third is this – cameras.

Samsung Galaxy A11 is an affordable smartphone with a triple camera setup. It comes with a 13MP main wide camera lens. This lens has an Auto-focus feature. Followed is an ultra wide lens with a resolution of 5MP and finally a 2MP depth sensor. This is not all. And I think I may have been mistaken when I say it has three cameras. It has yet another. Samsung Galaxy A11 has an 8 MP selfie camera capable of shooting [email protected] videos just like the main 13MP lens. And in case you are wondering, a depth sensing lens will come in handy when you want to blur the background of a portrait image.

Whereas it was not made clear if this phone will have the new One UI2, that runs on Android 10.0

Samsung Galaxy A11 has a non-removable Li-Po 4000 mAh battery able to last up to two days of mixed usage. The best thing about it is that it does indeed support fastCharging 15W via micro USB 2.0 port though. More features include a loudspeaker, 3.5mm jack, a fingerprint scanner, Bluetooth and Wi-Fi 802.11 b/g/n. Buy it with us today.

Technical Specifications and Samsung Galaxy A11 price in Kenya

Kenya Number one Samsung product seller. Samsung is available at the best market prices in Kenya from Patabay Kenya. A well-known dealer for Samsung products and other top brands in Kenya. We have partnered with other Distributors to bring you genuine and quality Items at the lowest market rates you can find anywhere in Kenya. Call or Shop online from your trusted SAMSUNG Shop and have them delivered to you at your doorstep within 24 hours, and its Pay on Delivery. All our products have a manufacturer warranty

1 review for Samsung Galaxy A11 Smartphone 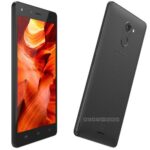 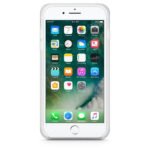 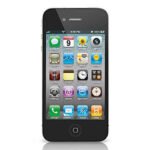