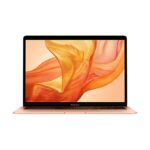 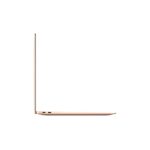 More Power   With eighth-generation Intel Core processors, MacBook Pro reaches new heights in compute performance. The 15‑inch model now features a 6‑core Intel Core i9 processor that works up to 70 percent faster than the previous generation, enabling up to 4.8GHz Turbo Boost speeds. And a quad‑core processor on the 13‑inch MacBook Pro with Touch Bar now makes it up to twice as fast as the previous generation. So when you’re powering through pro‑level processing jobs like compiling code, rendering 3D models, adding special effects, layering multiple tracks, or encoding video, you’ll get everything done. On The Fly   MacBook Pro includes a solid-state drive that’s blazing fast, with sequential read speeds up to 3.2GB/s. The 15‑inch model is available with up to a 4TB SSD, and the 13‑inch MacBook Pro with Touch Bar is available with up to a 2TB SSD — enough space to take even your biggest files with you, like large photo libraries or video projects. So you can boot up, launch multiple apps, or import huge files in a flash. And with the Apple T2 Security Chip, everything is automatically encrypted on the fly     Thunder Fast   Thunderbolt 3 combines ultra‑high bandwidth with the ultra‑versatility of the USB‑C industry standard to create one revved‑up universal port. It integrates data transfer, charging, and video output in a single connector, delivering up to 40Gb/s of throughput for twice the bandwidth of Thunderbolt 2.     Intuitive   Many of the built-in apps on your MacBook Pro have Touch Bar controls that make common actions like sending an email or formatting a document even easier. The Touch Bar changes to match the app you’re using, bringing these shortcuts front and center. And third-party apps can take advantage of the Touch Bar as well.       True Tone Display   The Retina display in MacBook Pro is the best ever in a Mac notebook. It features bright LED backlighting and a high contrast ratio, delivering deep blacks and bright whites. It supports P3 wide color for even more vibrant greens and reds than with sRGB. 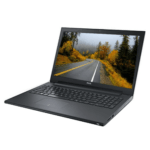 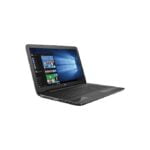 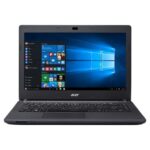