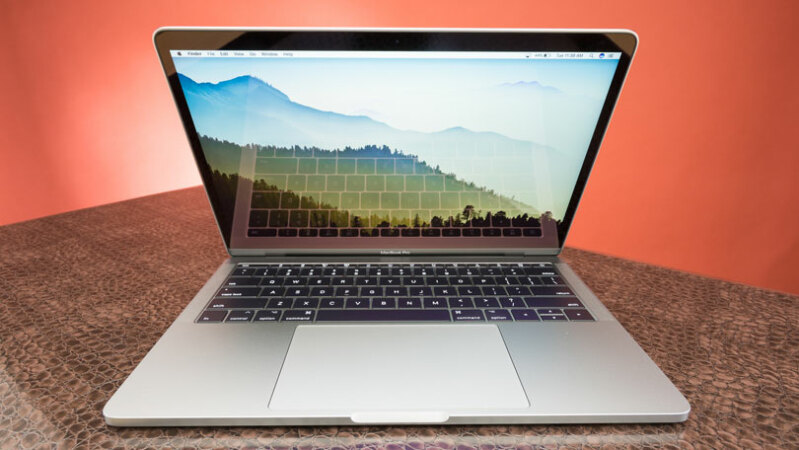 The Apple laptop MacBook Pro 2017 update of the 13-inch MacBook Pro ($1,299) isn’t a groundbreaking refresh, but it does come with two very important new features: a reduced price and new processor options from Intel’s latest seventh-generation Core i5 and Core i7 series. The exterior design remains identical to the previous version, but more performance for less cash easily makes up for the laptop’s relative dearth of USB ports and the lack of a Touch Bar compared with the more expensive 13-inch MacBook Pro. Add in vastly improved battery life and better performance benchmark results than many of its Windows competitors, and the result is that this already-excellent ultraportable notebook now earns our Editors’ Choice award as the best Mac laptop.

Its aesthetics, however, remain identical to the previous version. Available in either Silver or the Space Gray of our test unit, this is a gorgeous machine amidst an ever-growing crop of well-designed ultrabooks. Long-time Mac users may lament that the Apple logo is no longer backlit, but the logo’s new shiny silver finish will assure everyone in front of you that you’re using an Apple product. Whichever color you choose, it will pervade the entire chassis and lid, which are both made of aluminum. The only departures are the keyboard and screen bezel (both black), and the glass trackpad, which takes on a slightly lighter hue compared with the body.

The 13-inch MacBook Pro is extremely thin for a full-featured laptop, measuring 0.59 by 11.97 by 8.36 inches (HWD) and weighing 3.02 pounds. That’s actually thinner than Apple’s original and now somewhat dated ultraportable, the 13-inch MacBook Air. But it’s not quite as thin as the MacBook (0.52 inches), the New Razer Blade Stealth (0.51 inches) or the 0.41-inch-thin HP Spectre 13, which HP bills as the world’s thinnest laptop. The MacBook Pro is almost imperceptibly heavier than last year’s model, which weighs 2.99 pounds.