Most colorful iPhone Display Yet

Almost everything you experience with your iPhone comes to life on its display. It’s where you look at the photos, messages, news, and countless other things that make up your day. The iPhone 7 display uses the same color space as the digital cinema industry, so what you see will be noticeably more brilliant and vibrant. Because we all deserve a bit more brightness in our day.

When you use 3D Touch, your iPhone responds with subtle taps. So not only will you see what a press can do—you’ll feel it. The new Retina HD display on iPhone 7 deeply integrates 3D Touch throughout iOS. Now you can interact with Messages, Calendar, Mail, and other apps in a more powerful, more responsive way.

iPhone is the most popular camera in the world. Now we’ve reengineered that beloved camera, adding optical image stabilization, an ƒ/1.8 aperture, and a six-element lens to make it even better for shooting photos and videos in low light. And with advanced new features like wide color capture, your photos and Live Photos will look even more vibrant. With its entire enclosure reengineered, iPhone 7 Plus is the very first water resistant iPhone.* So now you’re protected like never before against spills, splashes, and even dust.

The most powerful chip

iPhone 7 is supercharged by the most powerful chip ever in a smartphone. It’s not just faster than any previous iPhone—it’s also more efficient. That’s because the A10 Fusion chip uses an all-new architecture that enables faster processing when you need it, and the ability to use even less power when you don’t. And with the longest battery life ever in an iPhone, you can work at twice the speed of iPhone 6 and still enjoy more time between charges. 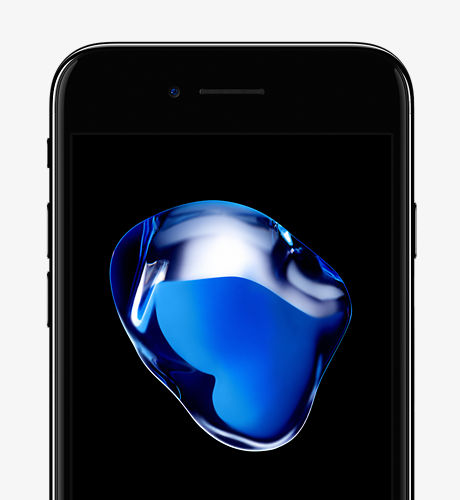